The History of RTA in Poker and our Story

Creating game-changing software is not easy. This is how it happened.

It's been a long road.
But we made it.

Presented to you through
countless hours on countless servers.

We do our best to make sure you can always hop on.

Birth of the Ultimate Poker Tool

We, the founders, are high-stakes poker pros ourselves. The first time we were confronted with the idea of real-time assistance was years ago, back in the days when it was rumored that Ike Haxton possessed a “dream machine”. Back then, solvers had just come out and nobody knew about them. The idea of a “dream machine” was a fantasy, something that everyone desired.

This changed, as solvers became more popular and bots became more frequent. Concerns about people having “real-time assistance” increased. OBORRA was a notable case of someone who was playing at the highest stakes and who eventually got banned.

Another notable occurrence happened not that long ago with Fedor Kruse, a German poker professional, who was a break-even 200z reg and played mid-stakes MTTs but then soared to the highest stakes online within record time, winning more than $1M.

His roommates outed him publicly, and he got banned by the sites.

While OBORRAs case was more obscured, Fedor Kruse’s brought a lot of attention to the existence of real-time assistance and its power.

It also brought a lot of fear to the high-stakes regulars and publicity to this new era.

GVISION was born during this time. Fedor Kruse’s case got us to think about the development of online poker. We no longer felt safe to play high stakes ourselves, not knowing which of our opponents was crushing us in a way that we can’t fight back against.

It was also interesting to observe the rise of technological tools this brought.

We then understood that from a bigger-picture view this was inevitable.

Poker itself is not just a game, but an economy. A market. Just like in the stock markets, millions of dollars are exchanged between participants on a daily basis. It is no wonder that technology would enter the market and disrupt the economy. This is just the natural course of evolution.

In those markets, however, this is accepted as the natural course of evolution.

Innovation is the ability to see change as an opportunity — not a threat.
- Steve Jobs

Having understood this, what did we want to achieve?

We wanted to create technology that keeps us on top of the game, not surrendering to the evolution of the market. Allowing us to combat RTA users with tools that are superior, and legal. The type of software every poker player dreams about, with the initial plan to use it ourselves.

After thousands of hours of hard work, diving as deep into poker theory as one can go, interviewing and hiring the right people, and solving problems that we never imagined having to solve, we finally managed to make our vision come true. It was much harder than we thought it would be. But it was worth it.

The first experience of using GVISION was exhilarating. It was unreal and unbelievable.

It was impossible not to share it with our friends.

The next stage of GVISION was thus private access. It was a joy to receive all the positive feedback and enable our friends to crush in ways they never thought were imaginable, even those that were already playing high stakes and were crushers at the game.

Eventually, we made the decision to make GVISION a real business and share it with other people.

This is where we are now.

The idea of enabling people to achieve financial freedom in such an elegant way is deeply satisfying, and we find ourselves in a unique position and point of time where this opportunity is a reality.

We have poured our hearts and souls into making the coolest poker software one could dream of, and we’re committed to continuing to bring our clients the joy of experiencing perfect poker, an amazing learning experience, and financial freedom. 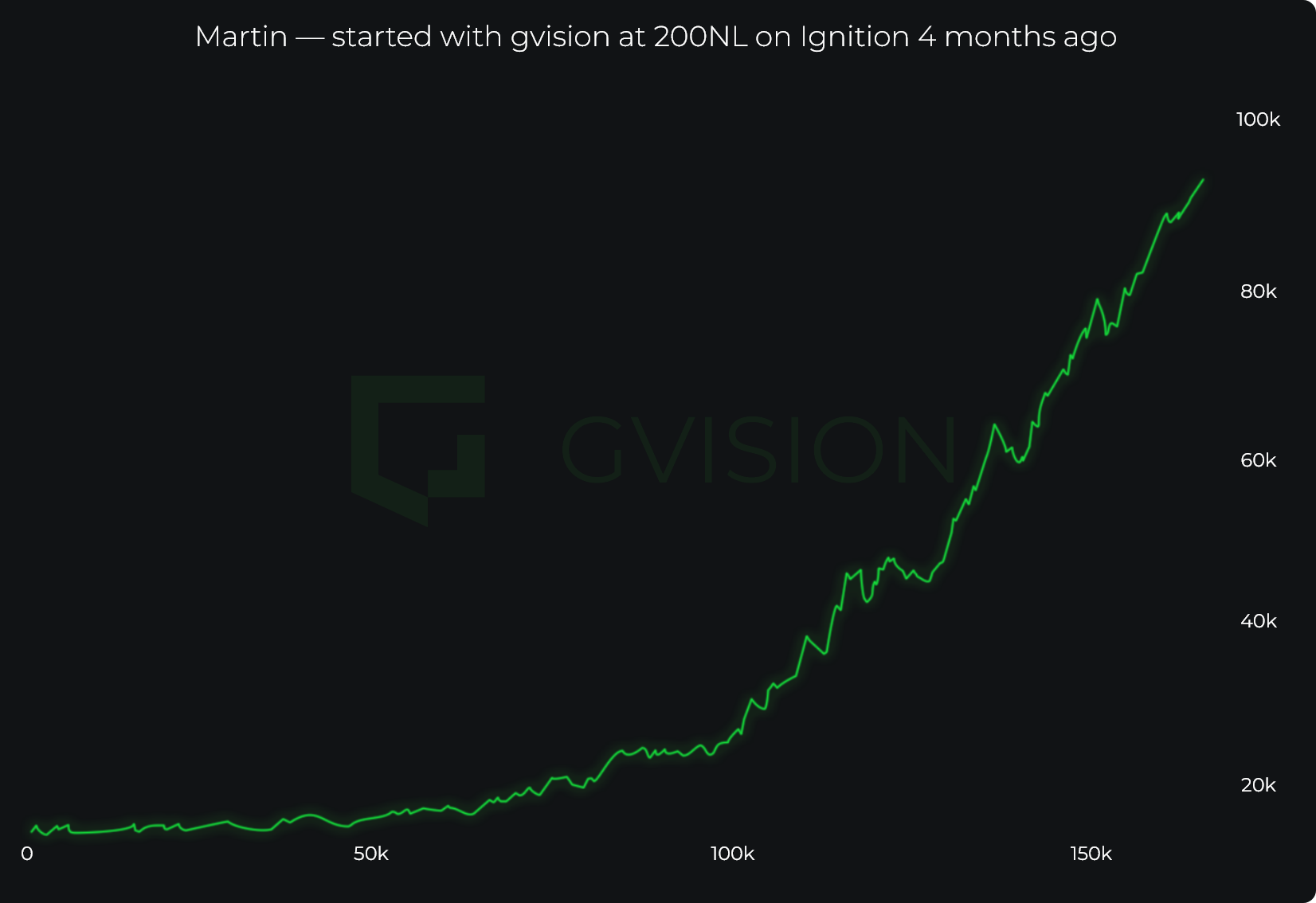 Thank you! Your submission has been received!
Oops! Something went wrong while submitting the form.

All rights reserved. Powered by GVISION.